Rezolution Pictures’ Working It Out Together, Season 3 Debuts on APTN 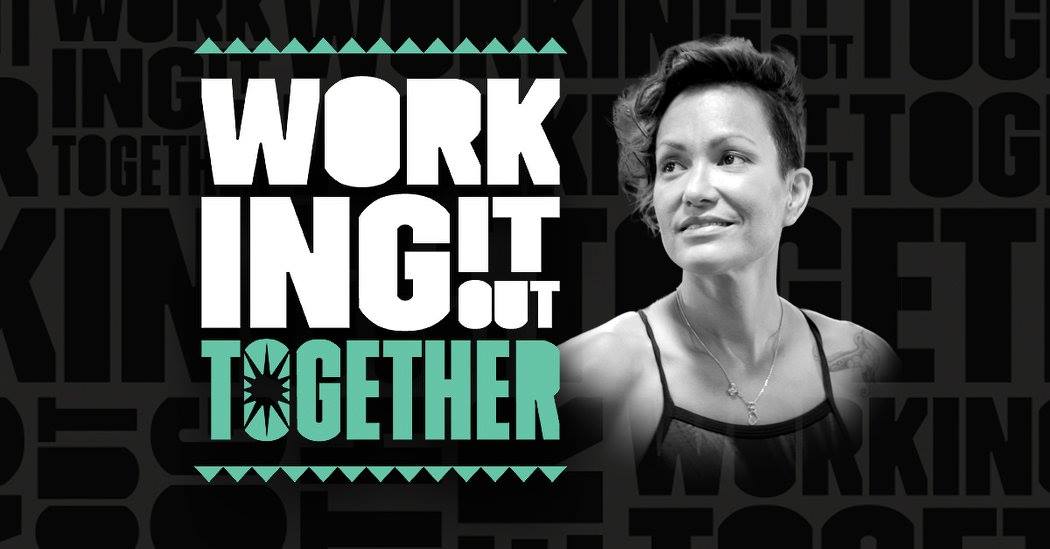 Montreal, May 16, 2016 – Working It Out Together returns to APTN for Season 3 with inspirational stories of Indigenous men and women who are at the forefront of a movement for positive change. Starting May 31, the half-hour show airs every Tuesday on APTN East and APTN HD at 10:30 p.m. ET, and on APTN w at 10:30 p.m. MT, and starting June 4, every Saturday on APTN n at 12:00 p.m. CT. It’s a 13-part documentary series, hosted by Olympian Waneek Horn-Miller, that goes deep into the colonial roots of the profound disparities facing Indigenous communities today; while celebrating a new face of Indigenous Canada – bold, confident and healthy, moving forward with the strength of tradition, family and community.

“Indigenous people are fighting to get back to that place of peace, security and confidence. It’s an ongoing struggle but we’re getting there.”
– Waneek Horn-Miller

“I do see a new wave of change, occurring right now, a new pride, so we are now reclaiming our Mino Bimaadziwin – our good life back.”
– Karen Pheasant, Cultural Knowledge Keeper

For Indigenous People, “Mino Bimaadziwin” – the “good life” – is embedded in traditional ways. Colonization tried to destroy this holistic approach to health, but strong family bonds and connections to tradition helped Indigenous communities to survive. Working It Out Togetherfeatures stories of dance and art as healing practices, the revival of harvesting traditional food, the role of supportive communities in overcoming trauma and more.

Through engaging personal stories, sharp analysis and insightful commentary from honoured knowledge keepers, Working It Out Together, Season 3 goes beyond individual blame for health problems to celebrate strength and resilience. Inuit teachers educating their way and Mohawk midwives bringing birth back home are among the dynamic stories that highlight the “decolonization” of Indigenous bodies, minds and nations taking place beyond the headlines.

The series is accompanied by a digital magazine that celebrates remarkable Indigenous voices and talent. Acclaimed artists, filmmakers, scholars, athletes, activists, knowledge keepers and, of course, Waneek Horn-Miller, all join this virtual talking circle, shining the spotlight on what’s real and what’s next. WIOT Magazine is political, artful, poignant and funny. It’s a space to watch films by notable directors Elle-Máijá Tailfeathers and Shane Belcourt; explore works by award-winning visual artists Kent Monkman and Duane Linklater; read the words of renowned trailblazers Joseph Boyden and Pamela Palmater; and listen to inspiring audio accounts of residential school survivors and director of The National Centre for Truth and Reconciliation Ry Moran. WIOT Magazine is reconciliation in action. Most importantly, it shows the varied nuances of Indigenous People in Canada, past and present. And that’s something to celebrate.

Contributors to both the website and the television show include: James Jones, an Edmonton dancer from A Tribe Called Red who hosts powwow fit classes across Canada; Cindy Blackstock, President of the First Nations Child and Family Caring Society, in Ottawa; Wayne Rabbitskin, a healer and counsellor who focuses on addictions and violence against women from Oujé-Bougoumou, QC; and Rene Meshake, an Anishinaabe Elder based in Guelph, whose art preserves the traditions of his Native culture.

Working It Out Together is created by Tracey Deer, Waneek Horn-Miller and Keith Morgan, and produced by Catherine Bainbridge, Christina Fon and Linda Ludwick. Michelle Smith is Series Director and Executive Producer of Content. The episodes are written by Jeremiah Hayes and Michelle Smith and directed by Brittany LeBorgne, Genevieve Brault, Ernest Webb, Courtney Montour and Abhish Birla. Supervising editor is Jeremiah Hayes. Working it Out Together is researched by Rebecca Lessard, Ana-Paula Castillo Mendez, Amanda-Roy and Viola Rose Day. The series is produced by Rezolution Pictures’ Lisa M. Roth, Jake Kent and Claire MacKinnon and executive produced by Ernest Webb, Catherine Bainbridge, Christina Fon and Linda Ludwick. Xina Cowan is Editor-in-Chief, Reisa Levine is Producer, and Selena Mills is the Business Development Manager of the online WIOT Magazine. Website design is by KNGFU. Monika Ille is Executive Director, Programming and Scheduling for APTN.

Rezolution Pictures is an award-winning film, television and interactive media production company, founded by Ernest Webb and Catherine Bainbridge, which plays a vital role in bringing cultural diversity to the North American broadcasting landscape. Since 2001 it has built itself a reputation for creating acclaimed series and one-of-a-kind productions, working with many of Canada’s best new and established talents to create unique comedy, dramatic, non-fiction and video game programming, through its sister company Minority Media.

September 1, 2015 marked the 16-year anniversary of the launch of the first national Aboriginal television network in the world with programming by, for and about Aboriginal Peoples to share with all Canadians and viewers around the world. APTN is available in approximately 11 million Canadian households and commercial establishments with cable, direct-to-home satellite, telco-delivered and fixed wireless television service providers. The network launched its high definition channel, APTN HD, in the spring of 2008. APTN does not receive government funding for operations but generates revenue through subscriber fees, advertising sales and strategic partnerships. APTN broadcasts programming with 56% offered in English, 16% in French and 28% in Aboriginal languages. For program schedule or for more information visit the website at http://aptn.ca